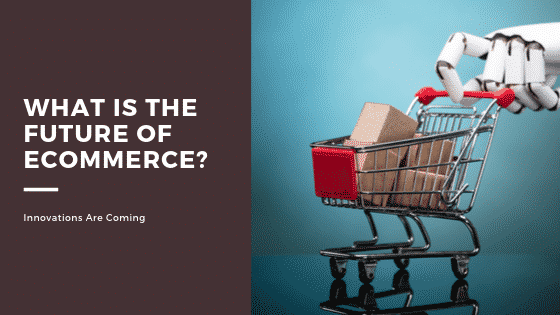 What is the Future of Ecommerce? Innovations Are Coming

The ecommerce industry has been growing solidly in recent years, to the point at which many businesses now launch as ecommerce companies first and real-world retailers second. It’s arguably gone from being an option to be the default approach for new startups who want to set up shop quickly and start selling to customers straight away.

If these questions have been keeping you up at night or causing undue amounts of stress at work, you’ve come to the right place. Let’s dive deep and take a look at the future of ecommerce and what that means to all ecommerce professionals.

Today’s ecommerce industry is thriving, but it’s also heavily saturated and challenging for new companies to break their way into. The industry and its associated technologies have matured enough by now. Virtually every company that used to be known for its offline retail has now established a viable ecommerce presence, and almost every niche that you can think of is being serviced.

This makes it difficult to stay competitive, and companies are being forced to compete on either price or delivery. The problems occur when companies fail to offer either, or when they get their approach right and then fail to move with the time because what works today won’t necessarily work tomorrow.

The stats just don’t lie. Around 25% of the world’s population will have shopped online at some point this year, and ecommerce sales are expected to account for 13.7% of all retail sales from across the globe. People are increasingly shopping on mobile devices too, with mobile accounting for 67.2% of all digital sales in 2019.

What’s the Future of ecommerce?

Now that we know what the present looks like, it’s time for us to turn our eyes towards the future. As with most industries, the most prominent driving force is technology – both new technologies and new uses for the existing tech. Here are just a few of the leading technologies that you’re most likely will look out for.

Blockchain technology is what underpins Bitcoin and other cryptocurrencies, but that’s far from the only use for it. It essentially allows the creation of decentralized databases that are less vulnerable to hacks and unauthorized edits, and this has applications in all sorts of different industries. For the real estate industry, for example, a blockchain could store the histories of every single building to provide more openness for buyers, sellers, and agents. For ecommerce, blockchain could power greater interoperability or more secure ways of storing customer data.

Voice assistants and chatbots are disrupting the industry so much that the companies that fail to integrate voice as part of their strategy will be the ones who fall behind. This is particularly important for ecommerce companies because people will be increasingly relying on the voice to make purchases. They’re already doing it with their Google Homes and their Amazon Alexas. In fact, spending via voice assistants is expected to grow sixfold compared to other channels.

At the moment, most people are aware of augmented and virtual reality because of games like Pokémon Go and devices like the Oculus Rift. It’s certainly true that entertainment-based uses of these technologies will likely lead the way for the next ten years or so, but there’s also plenty of room for marketers, too. Don’t be surprised if people are shopping in AR and VR sometime soon.

Delivery drones might sound like something from a futuristic sci-fi movie, but it’s a viable option and Amazon has already been experimenting with delivery drones and making no secret of its intentions to move in that direction. This really is on the cutting edge of ecommerce, and so it might not be applicable to your business any time soon, but it’s a pretty good sign of what is coming.

Now that you know everything you need to know about the future of ecommerce, it’s over to you to take steps to make sure that you’re ready to greet it. After all, knowing what to expect is one thing, but being able to maneuver your business into such a position that you can take advantage of is quite another.

The ecommerce industry is constantly evolving, and the only way to stay on top is to make sure that your company is evolving with it. You can do this by keeping your eyes peeled on new technologies like the ones that we’ve discussed today and by embracing the adoption of new ideas and approaches.

And if you’re still struggling with managing and growing your ecommerce business, don’t worry. Help is at hand, and here at Zfort Group, we’ll be more than happy to help you to grow your business by providing everything from consultation services to ongoing web development, marketing management and more. Feel free to reach out and to get in touch with us. We look forward to hearing from you!

Andrew has been the CTO of Magento development company Zfort Group since 2017, concentrating on growing customers’ online businesses. Despite his management position, Andrew still actively codes, and indeed his contributions are often critical to the projects he curates as CTO. He has a range of IT-related hobbies and particularly enjoys data science.

Tagged under: What is the Future of Ecommerce 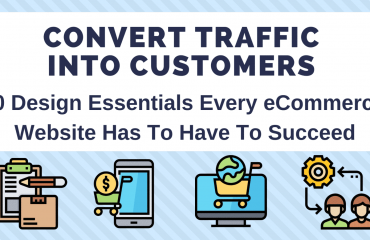 Convert Traffic Into Customers: 10 Design Essentials Every eCommerce Website Has To Have To Succeed 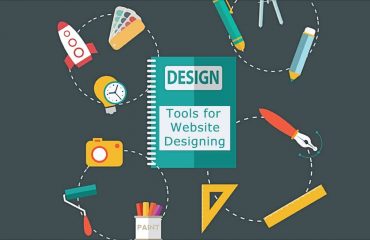 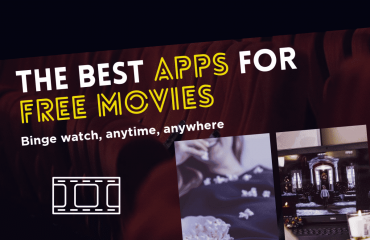