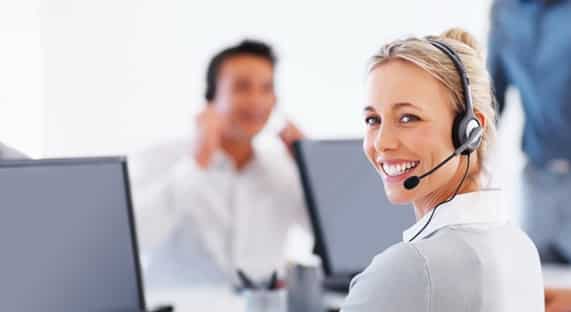 Albert Einstein once said, “We owe a lot to the Indians, who taught us how to count, without which no worthwhile scientific discovery could have been made.” This was decades ago when the ‘Genius of the Century’, laurelled India for being the reason behind numerous scientific discoveries. Today, our country has come a long way from being home to minds like Aryabhata and Srinivasa Ramanujan. We are now rapidly expanding roots of our expertise, covering major verticals of the business and technology world.

India is now one amongst the major call centre outsourcing service providers, catering to multinational giants all across the globe. The outsourced call centres based out in the country are reinventing the way customer service is delivered, helping businesses generate better profits than ever.

The support rendered by Indian outsourced call centres is high on quality quotient but comparatively low on capital investment than contact centres in most other countries. What is the reason behind the low operational cost? There are actually two factors that are as discussed below.

In comparison to countries like the United States and Australia, the cost of living is low in India. An average Indian spends approximately INR 120 in a day, which is less than $2. This can pretty much explain why the workforce can be hired with a really small investment. The salary of an average Indian call centre agent is INR 167,730 in a year, which is quite less than an agent operating in the UK, who is paid around £17,124 a year, which in INR is around 15, 46,834.

This is a massive difference and it is crucial to understand how the country’s economy is immensely benefiting from the same. The outsourced call centres in India enormously contribute to the country’s economy. Low cost of living is actually the reason behind the blooming BPO culture of the country that is now spreading from urban to rural areas, initiating growth at an unparalleled pace.

From 789 universities, 37,204 colleges, and numerous institutions more than 9 million students graduate every year in the country. This astounding number of fresh graduates fuels the India’s BPO industry, offering an unending talent pool that makes it easy to hire competent resources for various operations.

Today, multinationals all across the globe depend on the massive talent pool of the country to outsource business operations. This talent pool is further nourished with world-class training in outsourced call centres, where young graduates do not just get work opportunity but are also exposed to global operational standards. The opportunity to work for international clients gives Indian call centre agents an incredible opportunity to grow professionally.

In 2018, the Government’s scheme to promote rural BPOs led to the creation of 11, 500 jobs across the country. Another amazing development that happened under this scheme is women empowerment in rural India. The number of positions filled by women under it exceeds the number of positions filled by male candidates. This when you think is a huge development, considering that a few years back even educated women in the rural areas struggled to attain a job in the private sector.

The expansion of the BPO industry in rural areas has opened new avenues of growth for both young graduates and experienced professionals. They can now attain a job without migrating to cities and can put their careers on fast-track. The rural BPOs don’t just pay well but also train professionals to achieve success in their endeavours. This is a great development, considering the lack of career opportunities that was a huge problem in rural India.

Conceived in 2014, under The Digital India program, IBPS (India BPO Promotion Scheme) was aimed to promote the establishment of 48,300 seats for BPO/ITES operations all across the country. The allocated budget of INR 493 Crore was divided amongst various states as per the population proportion.

The intention behind this scheme was to fund the development of manpower and infrastructure that supports the growth of BPO/IT/ITES in small cities. The aim was to start a wave that can boost the growth in these sectors, offering employment opportunities to young India.

Contributing to this program, the BPO companies that offer outsourced call centre to international clients are also consistently expanding. They offer not just great opportunities to their employees but also a good remuneration along with facilities like meal, insurance cover, and transport. This, of course, is one amongst the reasons that have helped in making IBPS successful in India.

Latest posts by AngelaHooper (see all)