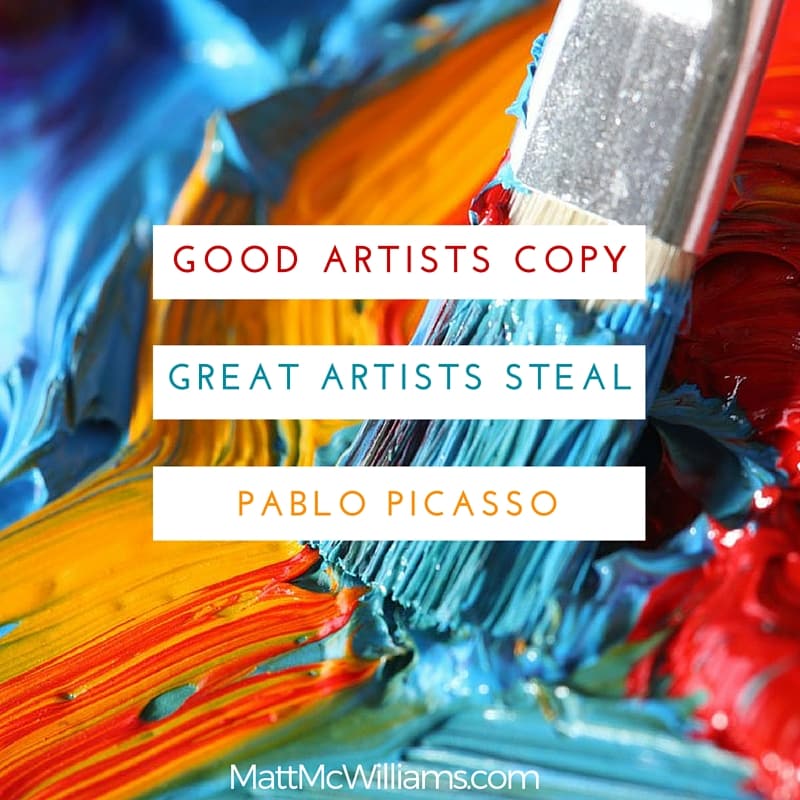 HOW TO SUCCEED AT AFFILIATE MARKETING WITH A SMALL EMAIL LIST How John Meese Made $5,359 in Affiliate Commissions in One Month with Only 1,302 Subscribers

Is it possible to succeed at affiliate marketing with a small email list? You bet it is! Today, I share an awesome case study with John Meese who made $5,359 in affiliate commissions in just one month with a list of only 1,302 subscribers. 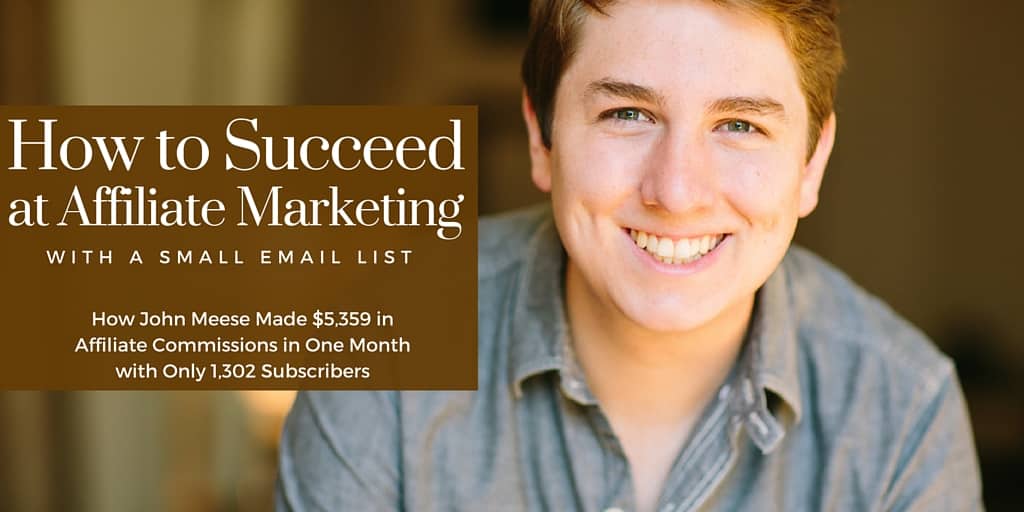 During that time, I often finished in the top 10 on affiliate launch leaderboards. I even won the first Self-Publishing School affiliate launch. With the right strategy, you can do amazing things with a small list.

Success begins in your mind. To truly succeed with a smaller list, you need to make these three mindset shifts first.

1. Stop Comparing Yourself to Others

If you constantly compare yourself to those with bigger lists and think success isn’t possible, it won’t be.

In the first affiliate launch I ever promoted (Michael Hyatt’s 5 Days to Your Best Year Ever), I made $586. I didn’t even sniff the leaderboard. But I also only had about 400 people on my list. That first promotion showed me what was possible.

These successes started by removing comparisons and focusing on what I could do to succeed.

When you have a huge list, you can succeed without a lot of effort or planning. The reality is that when you have 300,000 people on your list, it doesn’t take much to generate 100+ sales.

But with a smaller list, you need to be more strategic. You need to nurture your list.

You do this by treating an affiliate promotion like your own launch. That means:

3. Do Your Own Thing

I am huge believer in modeling and copying. In fact, I love this quote from Pablo Picasso: 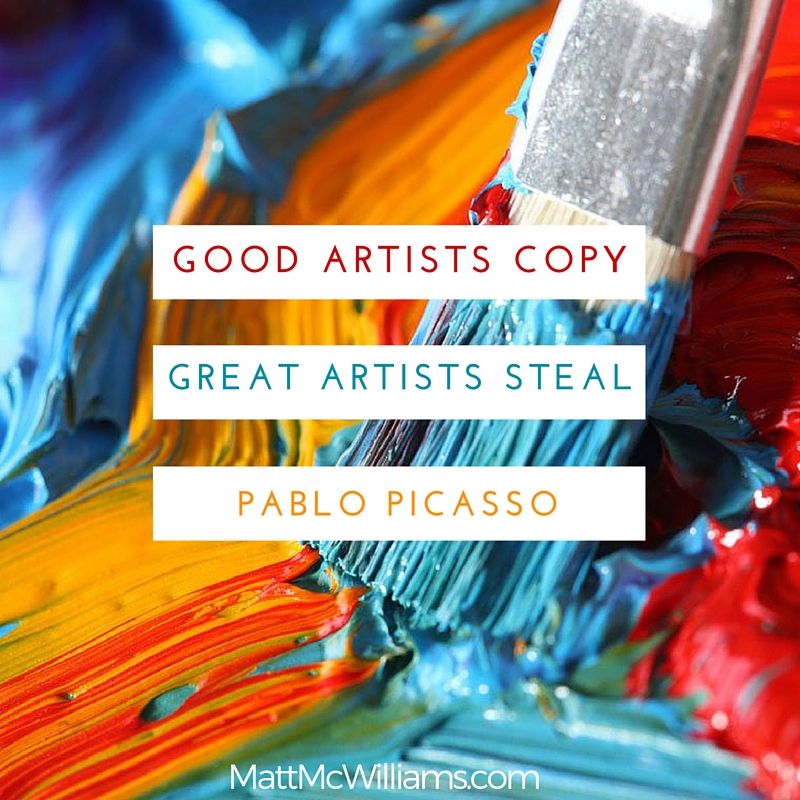 I am such a fan of modeling (I mean, stealing) that I highly suggest you check out Ramit Sethi’s launch of his course Zero to Launch and steal his best sales funnel. He’s offering it FREE here.

But…modeling and stealing has its downsides. What works for big lists doesn’t always work for smaller lists.

When you have a small list, be very careful what you copy from those with larger lists. Your small list is more intimate. Use that to your advantage.

Most importantly, do your own thing. Do what works for your audience, not what you see some other internet marketer doing.

Do what works for your audience, not what you see some other internet marketer doing.

I recorded an in-depth video interview with him, which you can get here for free. In it, we discuss how he did it. How he finished high up on the leaderboards of two launches and brought in more than the average American makes in a month. Just from affiliate commissions and with a small list.

If you want the digest version, below I share my three biggest takeaways from John’s interview. But I highly suggest watching the entire video here.

1. Remember Your Audience Follows YOU

One thing you must remember in an affiliate promotion is that your audience follows you, not the person you are promoting.

John did something I’ve never seen done before…and I LOVE it! He created his own three-part video series promoting Ray Edwards’ launch.

John’s own Copywriting 101 series was hugely popular with his audience and allowed him to still be the star of the show.

It takes a little (OK, a lot) of extra effort but this is how you succeed even with a small list.

2. Focus on Depth Over Breadth

Most people focus on growing their list which is important. But they fail to go deep with the people already on their list.

John succeeded by focusing on those who were most interested in the topics he was promoting and was “aggressive” in his marketing with them. He did not blast his entire list more than a few times, but those who expressed interest in the topic (by clicking or opting in) got a lot more emails. That is exactly what we teach.

Segment based on interest, then promote aggressively to that segment.

John used ConvertKit to track his subscribers’ activity. This fall, we’re doing a webinar with them to discuss email marketing and how YOU can promote them as an affiliate like John has. There are limited seats available so click here to register early for this awesome webinar.

The #1 reason why John succeeded was hustle. He simply went above and beyond the norm.

Creating your own video series, segmenting your list, and getting personal with your audience takes time.

Hustle is one of the big reasons I’ve succeeded in the past with a small list. I made sure to answer every email someone sent, every Tweet, and I even hosted live chats with potential customers for affiliate offers.

These things take a lot of time and effort, but they are worth it.

If you really want to learn all of John’s secrets to succeeding at affiliate promotions with a small list, watch the entire video here. 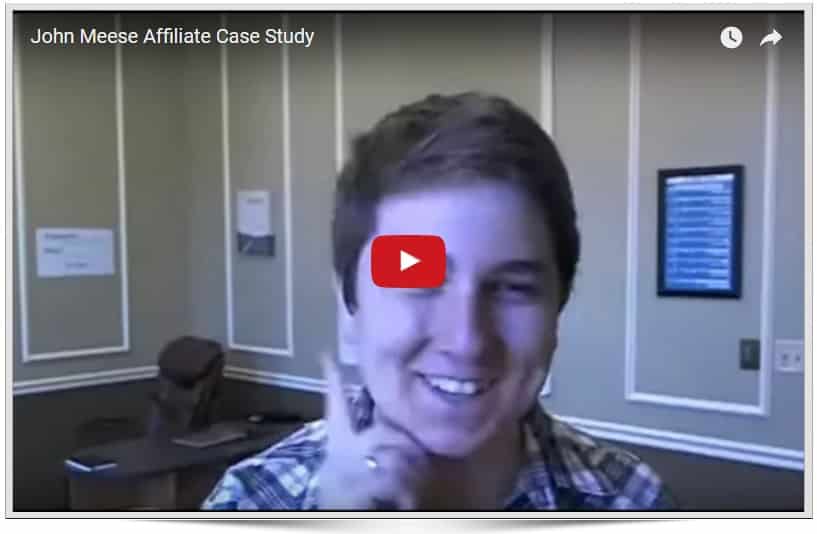 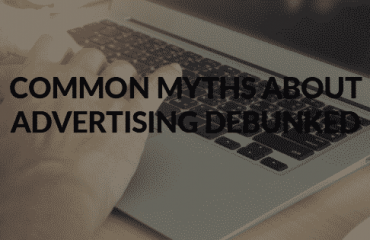 Most Common Myths About Advertising Debunked 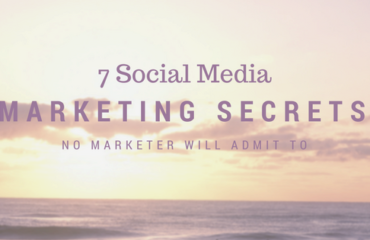 7 Social Media marketing Secrets That No Marketer Will Admit To

5 Common Content Marketing Myths [And Why We Risk Burn-Out]